The founder of Hippopot Herbs, Alice Nugent, was born in Mozambique, and raised and educated in Zimbabwe. During the independence war in Mozambique some family members moved to Malawi. So Alice has strong connections with all three countries. 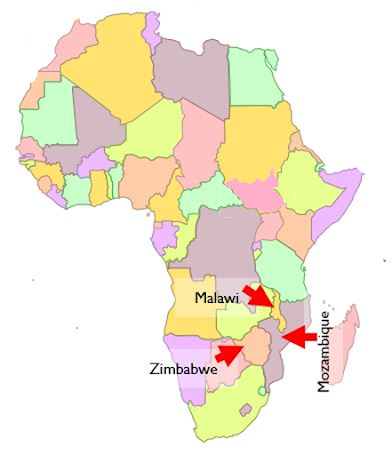 Malawi is one of the poorest countries in the world. For many years Alice had been helping her sister, nieces and nephews, and their children. But from 2014 their needs increased, especially as Alice’s sister became frail. From being the main family carer, she came to be in need of care herself, with only a group of grandchildren who had lost their parents to AIDS left to be her carers.

The project started in 2014 with a group of six children. The two youngest of these are still in school and making very good progress. In response to the wider needs, Malawi Smiles is now a charity dedicated to helping a larger group of children, all of whom have lost their parents.

In November 2019 a Quiz Night was held in West Wycombe Village Hall. This was organised by two great Malawi Smiles supporters, Charmaine Gallagher and Althea Summers and raised just over £500.
See what is planned for 2020:

If you are interested in learning more, or in supporting this, please email us at alice@hippopot.co.uk